Artificial Intelligence becomes more popular and humans are interacting with it on a daily basis as many companies and governments start adopting it. Facial recognition for example is used to unlock phone screens or catching criminals. However this big potential comes with the responsibility of building systems which are performing equally well across different ethnicities. This talk covers the current state of AI such as its intrinsic racial bias and potential measures on how to reduce it. 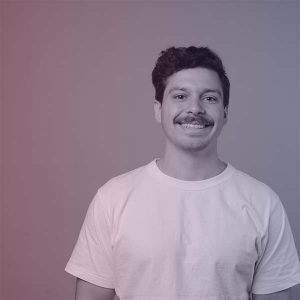 Tino started his career as Project Manager in a data driven startup which introduced him to data related topics for the very first time. His professional Data Science career started in Fintech and now moved to the e-.commerce space.
He is considered a full stack Data Scientist because he maintains the end to end process.
Tino knows how hard it is to get your foot into Data Science professionally, and therefore he loves to share his experience and knowledge through talks and mentoring sessions.